CONTRIBUTOR'S MARGINALIA: A WINDOW INTO "LATER" 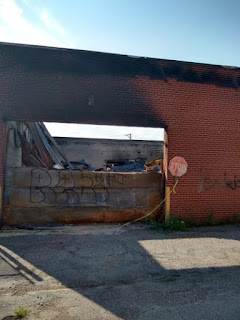 I had the opportunity to write and photograph a response to Susan Hutton's extraordinary poem "Later" for 32 Poems for their Contributor's Marginalia series. You may view and read the response here. Susan's poem appeared alongside my poems from Ablation in 18.1 of 32 Poems, published this summer. I was immediately moved by "Later" when I read the issue and am honored to offer my thoughts on the poem. I took these photos of my post office--which was burned during the protests following George Floyd's murder--as I considered and wrote about Susan's poem.