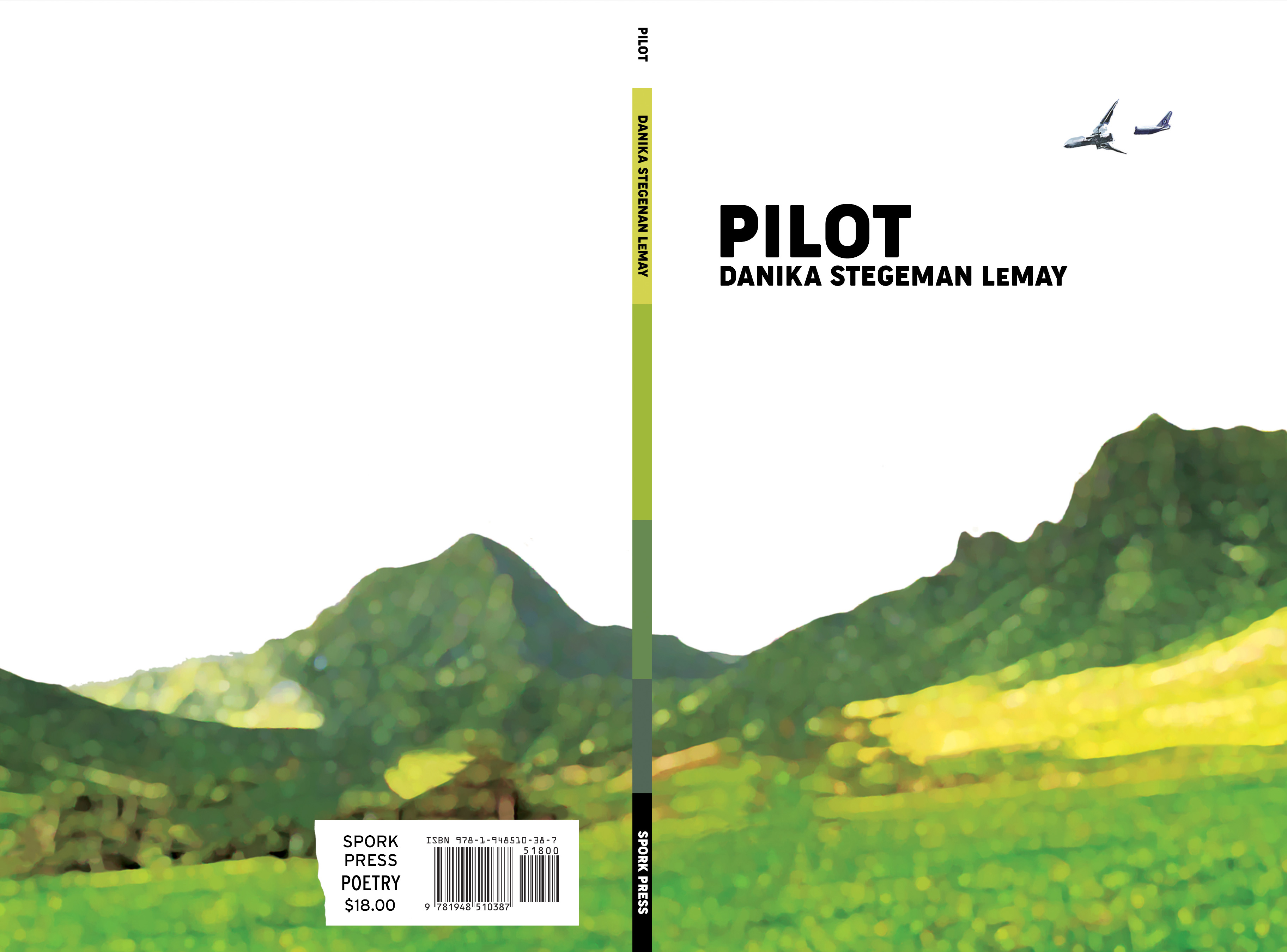 Pilot is a delight to read. A new kind of erasure, the book pulls its raw materials from the popular TV series Lost, speaking from a common source through borrowed tongues. Several "machine" poems in the book were written with the assistance of a fizzbuzz computer application. Like the Odyssey's Penelope, LeMay weaves a tapestry within carefully set boundaries, only to unravel what's been wrought and repeat, repeat, repeat.

The landscape of the book is constructed at the crux of lyric and the image and invites the reader in. It looks like a jungle that's caught fire. Amid flames, the limits of confession and the confines of agency come into question. The voice is intimate; the gaze is violent.

Ultimately, Pilot is a book about recovery and human connection. How do we save one another in a nearly consumed, increasingly isolated world?

Pilot is Danika Stegeman LeMay’s visionary first book.  Pilot, as in the person who operates an aircraft; as in, the tv program made to test the audience; as in, an unmodulated reference. The poems here are funny and weird; no, they are serious and sad.  The poems pop with images. The poems talk.  Poems?  No, not poems, but pieces of poems—like a broken series someone once watched, once sunk into like a tv set.  At stake is less the surviving, or not, but the idea of losing oneself to all sorts of modern construction sites. “We let the screen light our faces. We became ghosts.”  To recover is to cut, to code, to splice.  We must recover, Pilot seems to plead, to plead with an urgency as beautiful as it is smart. “What I need is/an autopilot. Auto-/ pilot to bear the agency./ What I need is an other/ to lift the words out/ from under my skin.” --Sally Keith author of River House (Milkweed Editions, 2015)

Among the ruinous utterances of the lost, Danika Stegeman LeMay has found the language to build a church of love. In her debut poetry collection, we find words of crash, of fiery blood, of jungle and smoke, of anguish and relief, of cool blue water, of embrace. Despite the danger, we each of us should eagerly climb into Pilot, for it is LeMay's hope that she might share with us her love, if only we're willing to accept her invitation. --Ryan Call author of The Weather Stations (Caketrain, 2011)

Imagine that Fellini had directed Greta Thunberg and Ryan Gosling as they fall in a love they never act upon, not because it’s forbidden (I highly doubt Fellini would have cared), but because they’re too busy trying to lead the rest of us out of a world of disinformation, denial, and demagoguery. Imagine that the drudgery of the film—the scene-setting, the world building, the narrative—was lost to a fire set by Fellini himself, leaving only the clips and scenes that would speak to posterity—to a future in which nobody even knows who Thunberg and Gosling are. Like that Fellini, Danika Stegeman LeMay, in her magnetic first book, has excised the temporal and elevated the eternal, and has done it for the sake of all of us. A great pleasure of the poems in Pilot is a pleasure like that of watching a foreign film in a language one does not speak, where the friction of occupying a space between the simplified subtitles and a more baroque original text makes one feel like one is caught between dimensions. It is the pleasure of being clandestine, as if we’re accomplices on the side of good. LeMay’s poems ride the crests of waves in a time of tumult—our times, to be sure—an unnamed and liquid time, an age without antecedent, where so many of the lessons culture has passed along over the centuries seem useless. What do you do when you awaken to an age that is suddenly a blank slate? When you share with the likeminded a sense of both luck and responsibility as you shake off survivor’s guilt? When a burning, post-truth world seems to be the web we are stuck in? LeMay’s poems show us that even those so doomed get our shot at beauty, at connection, at joy, that, until nothing beside remains, what we say matters most about being human—in these blips that we call our lives—really does. --Matt Mauch author of We're the Flownover. We Come from Flyover Land (Gold Wake Press, 2021).